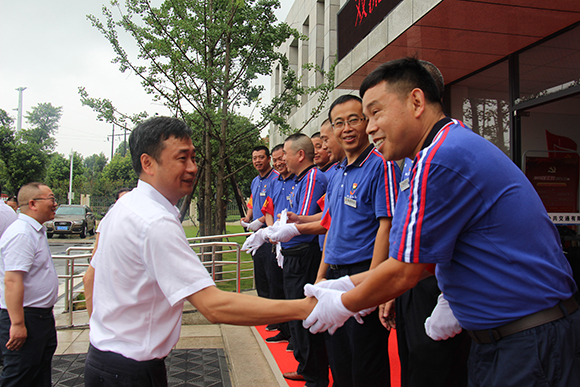 Strong spiritual strength comes from guidance and guidance. As a transportation enterprise related to people's livelihood and serving the people, according to the requirements of "answering the" people's livelihood questions "to meet the people's high-quality life" and in accordance with the general requirements of the party's construction in the new era, the district traffic investment and public transport company has truly integrated the party's leadership into all links of corporate governance, embedded the corporate governance structure in the enterprise party organization, and systematically constructed the framework system of Party construction, resource guarantee system, strong foundation and solid foundation system The assessment and accountability system has set up the "four beams and eight pillars" for the party to manage the party and strictly govern the party from the source, firmly aiming at the correct direction of enterprise development. In 2018, the District communications and investment public transport company used party building to drive business development, gave full play to the function of public transport, committed to serving and improving people's livelihood, strengthened confidence, gathered the hearts of the people, stabilized the hearts of the people and built unity, and all work was strongly promoted. Based on the original 620 new energy buses, the company purchased 100 new vehicles, and the total number of new energy buses increased to 720; Promote the construction and use of new energy charging stations in the country; The construction of five initial and terminal bus stations has been completed successively, and the management of bus returning to the station is gradually being realized; The construction or reconstruction of 366 bus stop signs has been completed successively (as of December 19, 2018), and the coverage of bus stops in urban areas has reached 90%; 69 bus lines were optimized, and the share of public transport travel increased from 24% to 26%.
Pioneer banner leads thick planting of "red" gene
Laying a foundation at the grass-roots level is not only a long-term plan, but also a measure to consolidate the foundation. The district traffic investment and public transport company takes the construction of grass-roots organizations as the basis of all work and combat effectiveness. The party members of the company love their posts and devote themselves, and the branches are united. According to the standard of "a party member is a banner", based on the characteristics of large mobility and wide coverage of Shuangliu bus, the district traffic investment bus company has continuously consolidated the party's foundation in bus stops, bus stations, buses and other areas. Up to now, Party building publicity columns have been successively set up in new energy charging stations and qualified initial and terminal stations; Successively organize the selection activities of "excellent party members", "excellent drivers" and "top ten safety officers" of Shuangliu bus; In order to celebrate the 97th anniversary of the founding of the Communist Party of China, Shuangliu bus opened s71 party built bus special line on July 1, 2018. The special line mainly covers Shuangliu Dongsheng, Jinqiao, Pengzhen and other areas, connects several travel stations closely related to the production and life of the people, such as the district government affairs center, the District Social Security Bureau, the district traditional Chinese medicine hospital, the District Library and Dongsheng No. 1 middle school, and implements a unified "one yuan link", with 100% coverage of Party members and drivers.
It is through the leading of the vanguard banner of Party members that the company gives full play to the exemplary role of Party members and the exemplary role of cadres, stimulates the spirit of striving for the first among the staff, builds the branch into a "red position" with rock solid, vitality and strong combat effectiveness, and transforms the invisible party construction work into tangible enterprise development advantages.

Listen to the voice of the people and Party building promotes development
Hold the steering wheel and set up the baton. At the beginning of the year, the district transportation investment and public transport company signed the letter of responsibility for comprehensively and strictly administering the party and the letter of responsibility for "one post and two responsibilities" for the construction of Party style and clean government with all departments, branches and leading group members respectively. The letter of responsibility signed "horizontally to the edge and vertically to the end", and compacted responsibilities at all levels. In 2018, the "double lane" bus operation mode has been continuously transformed from the "small street" and "customized bus" operation mode of the park, including the "small street" and "quasi village" to meet the needs of the public, and the "double lane" bus operation mode has been realized.
Meanwhile, the district transportation companies have fully utilized the new media "short, flat and fast", and the audience has more extensive advantages. The public hotline and the WeChat official account of the double flow buses have been fully opened. The whole area bus lines have realized real-time line enquiries, site inquiries, transfer queries, internal online party learning, news publicity and other functions, and made 4 stages of micro party lectures, and issued more than 60 articles of propaganda, information and news at the central, provincial, city and district levels. Actively promote mobile payment, and promote double flow electronic bus cards on Alipay mobile phone clients. We will actively promote the construction of intelligent facilities and equipment such as car WiFi and electronic stop signs to maximize the convenience of people's safe, fast and intelligent travel. In 2018, a total of 4781 complaints and suggestions were received from the public, including 64 responsible complaints; The responsible complaint rate decreased by 49.23% year-on-year, and people's satisfaction with public transport services was effectively improved. The positioning of public transport companies is gradually changing from traditional public transport carriers to comprehensive public service providers.

Scan the QR code to read on your phone

There is currently no information to display
Please add data record on website background. 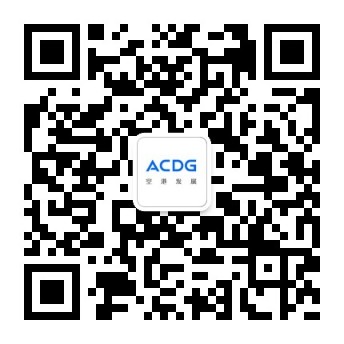